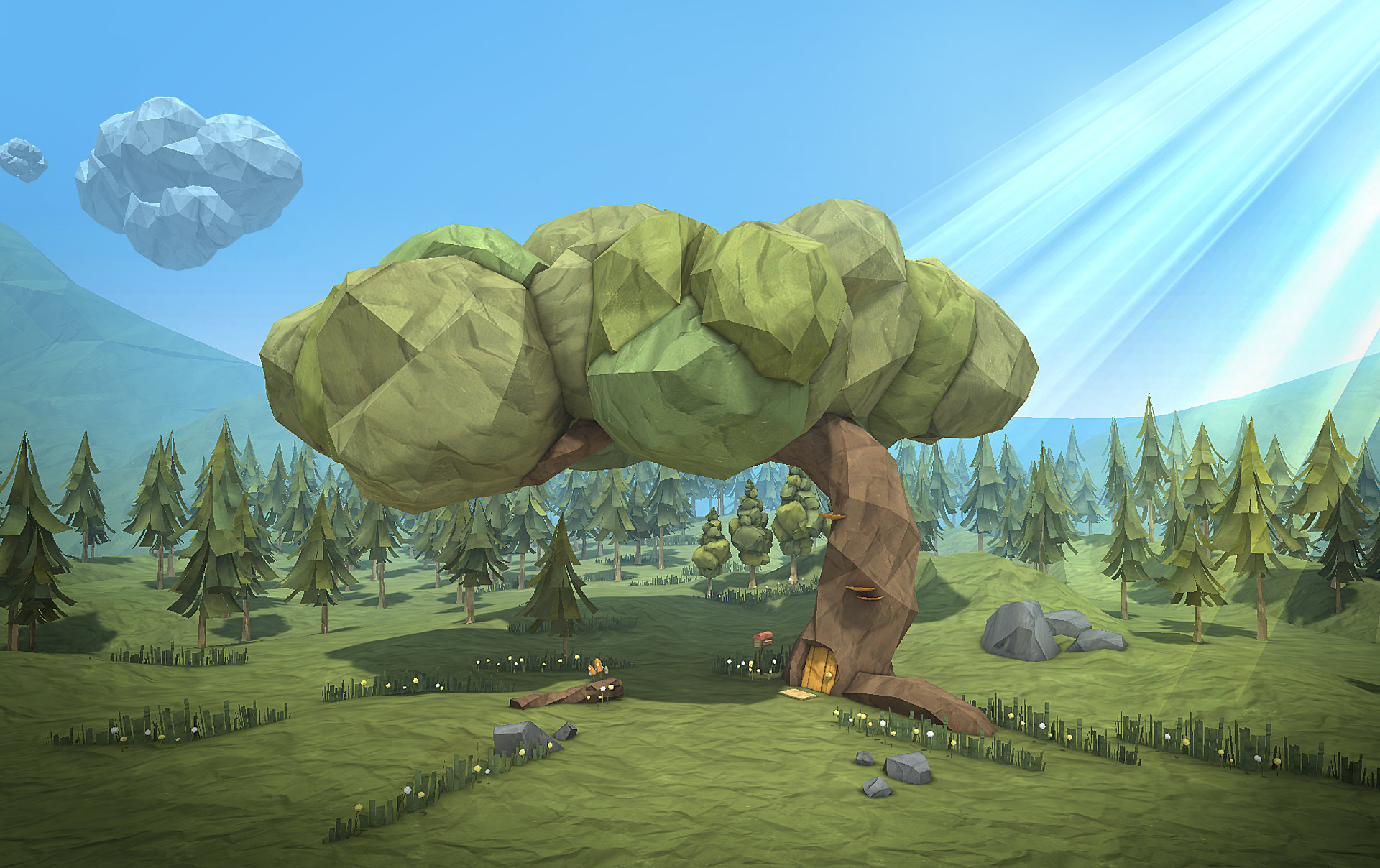 In a distant land shaken by constant earthquakes, a know-it-all fox, whose only desire is to nap in front of the fire, discovers Fate has different plans for him when a timid hedgehog knocks on his door…

What follows is an epic adventure that winds its way across a strange and beautiful land. The fox, an unwitting hero, meets all manner of peculiar creatures and collects many enchanted objects along the way. Paper Fox uses his wits to solve riddles and problems which eventually lead to discovering the secret of the mysterious earthquakes shaking the land and threatening to destroy his home. General Information The Paper Fox is an interactive tale of adventure, brought to life in the stunning visual style of digital origami paper-craft.

The Paper Fox is a fusion of an animated storybook full of captivating characters and a dynamic adventure game with puzzles and maps. This charming story with suits a young audience while the humor and unique artistic style will engage children and adults alike. The entertainment possibilities are endless with the non-linear format where the player chooses the path of Paper Fox’s adventure.

Players will explore beautiful distant lands, encounter mythical creatures and play mini-games. They will also collect mystical objects throughout, help Paper Fox discover the secret of the earthquakes and learn valuable lessons along the way.